On February 7, the Jakob Herz Prize was awarded to Professor Magdalena Götz at the Lecture Hall Centre for Medicine.

Together with the Research Foundation for Medicine at the University Hospital Erlangen, the award is presented for outstanding scientific achievements from the entire field of theoretical and clinical medicine. This year’s prizewinner, Prof. Dr. Magdalena Götz from Munich, received the award in recognition of her groundbreaking discovery that glial cells in the brain not only have a nutritional and supportive function, but also represent a reservoir of stem cells that can still transform into nerve cells in adults.

At the beginning of the event, the Dean, Prof. Dr. M. Neurath, welcomed everyone present and gave a short review of the life and work of Jakob Herz in the Medical Faculty. Prof. Dr. J. Hornegger, the President of FAU, emphasized translational research at FAU and was pleased that the Jakob Herz Prize is now being awarded to a woman for the second time in a row. At the same time he indicated that the Faculty of Medicine had already repeatedly shown a lucky hand in the selection of honorary doctors and Jacob Herz Prize winners, as they subsequently received the Nobel Prize. The Lord Mayor of the city of Erlangen, Dr. F. Janik, illustrated the importance of establishing this prize, as it is connected with the memory of Jakob Herz, Semitism and the inglorious past of the city and university during the Nazi regime, and it is very important, especially in the present time, to make this clear. He sees the prize as a distinction and political symbol that Erlangen has learned from its history.

Prof. Chichung Lie praised the prizewinner for her achievements and also explained the numerous connections and collaborations between the prizewinner and neuroscientific research groups, e.g. in the Institute of Biochemistry and Molecular Neurology as well as stem cell research.

In the final lecture of the prizewinner, all those present were explained in a very understandable form what her research is based on and how this knowledge could benefit mankind in the future.

The event was musically framed by Helmut Eisel & JEM and inspired everyone present and especially the prizewinner with their performances of klezmer music.

Professor Dr. Magdalena Götz is an internationally outstanding researcher in the field of neurodevelopmental biology. Her groundbreaking discovery was that glial cells not only have a support and nutritional function for neurons, but also represent the reservoir for neural stem cells. Her most important discoveries include the identification of transcription factors and genetic networks that regulate neuronal fate determination. On the basis of the knowledge gained, she is developing new approaches for the targeted differentiation of endogenous somatic cells and stem cells into nerve cells, thus creating an essential basis for cell-based regenerative strategies for CNS diseases. After almost thirty years of research, it can boast one hundred original works, including all the High Impact Journals such as Nature, Science, Cell and Cell Stem Cell, Nature Neuroscience, etc. She is a member of the Leopoldina, the Bavarian Academy of Sciences, the EMBO and the Max Planck Society.

The prize is named after Jakob Herz, the prominent doctor and researcher from Erlangen and the first professor of Jewish faith in Bavaria. Jakob Herz was born on February 2, 1816 and died in September 1871, dedicating his medical skills to the citizens of Erlangen and committing him

self far beyond the usual measure. The award is endowed with prize money of 10,000 euros donated by the Medical Research Foundation at the University Hospital Erlangen. In addition, this year instead of a medal, there was a picture made by the Herzogenaurach artist, I. Münsterer-Maar, as a unique piece of art on the occasion of this event. In addition to the original Medical Clinic, it shows an image of Jakob Herz and cancer cells. 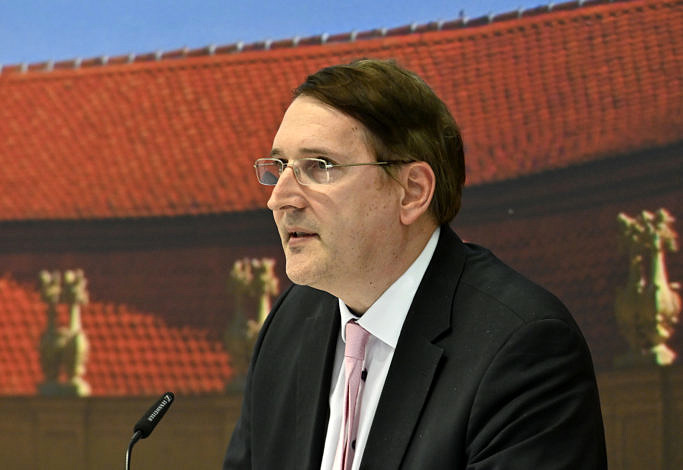 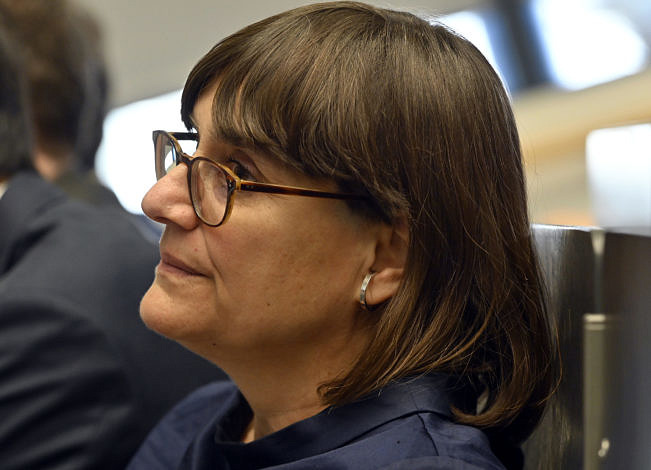 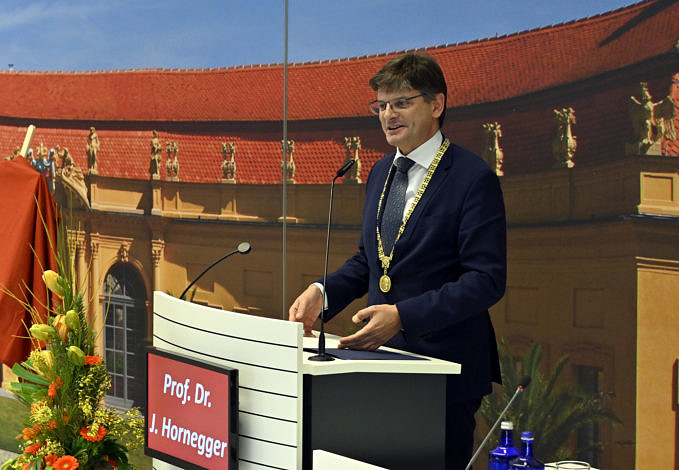 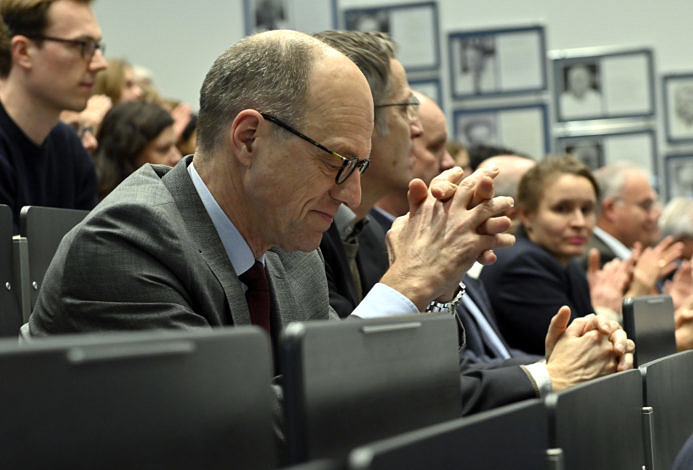 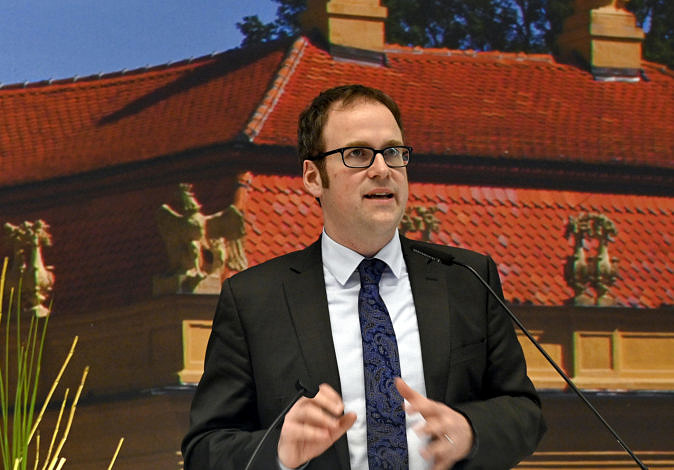 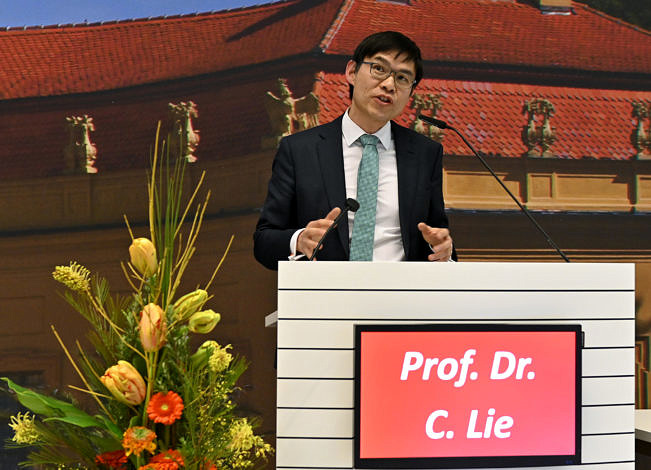 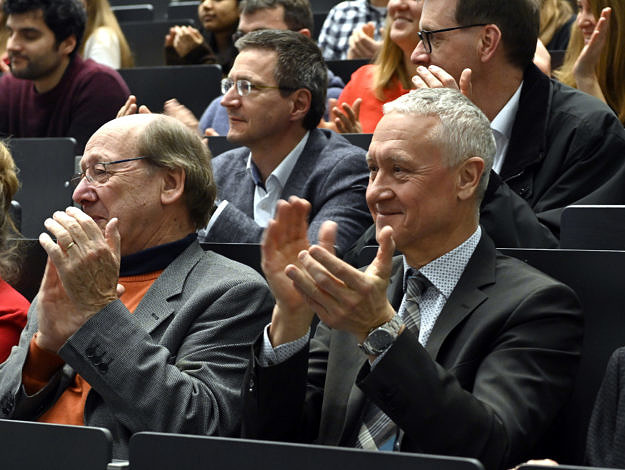 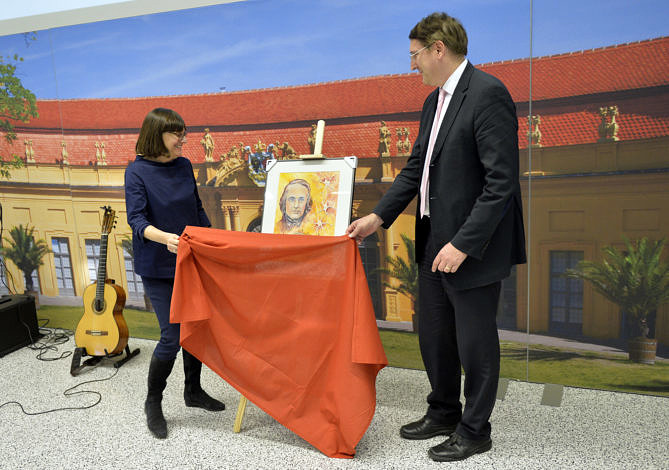 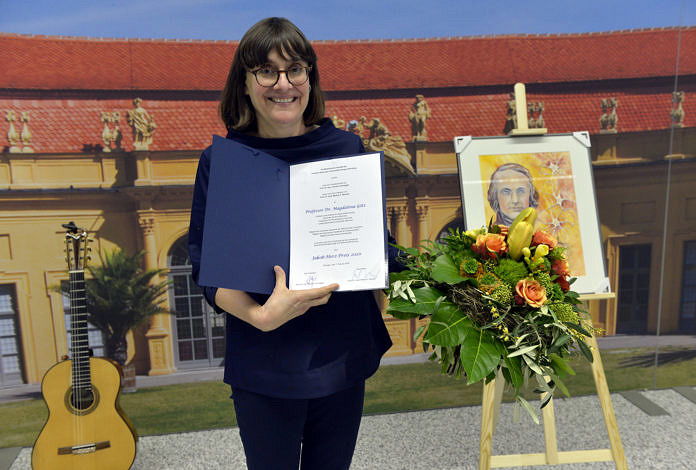 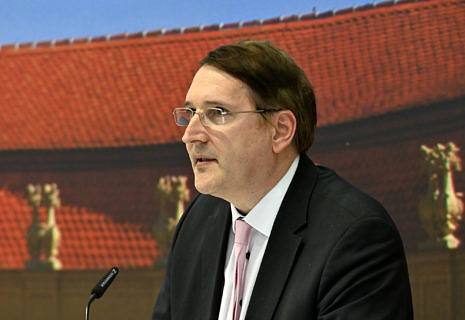 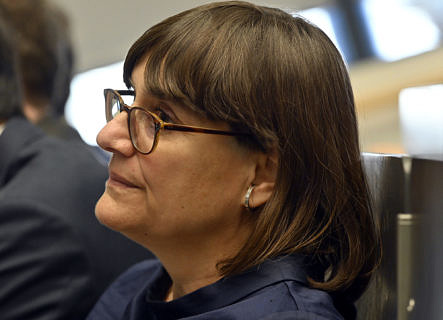 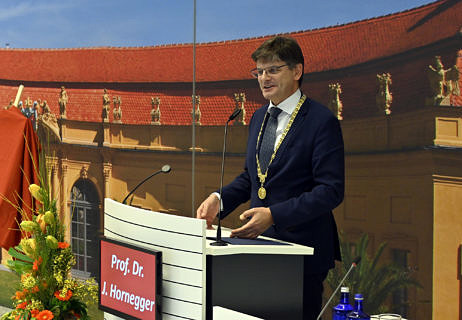 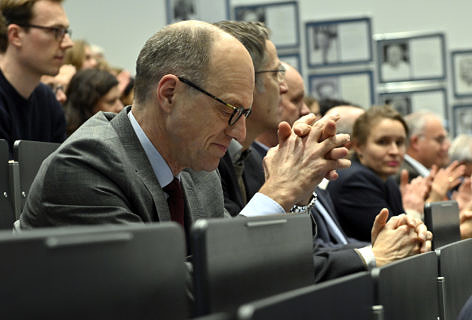 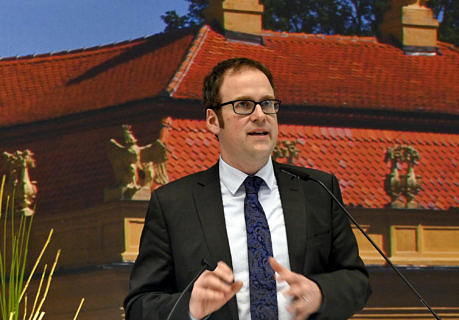 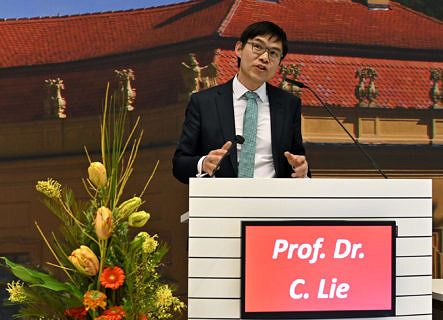 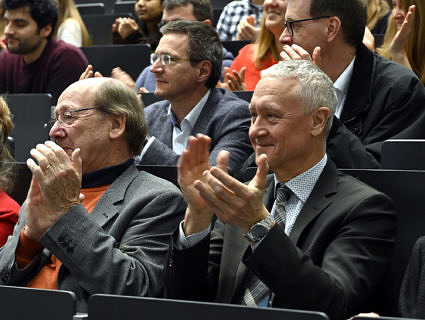 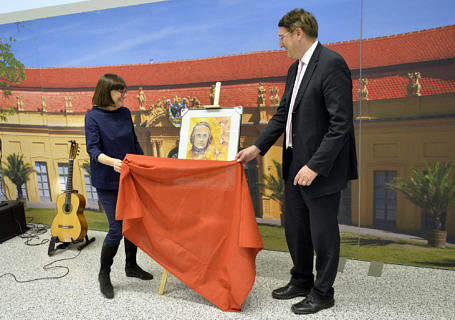 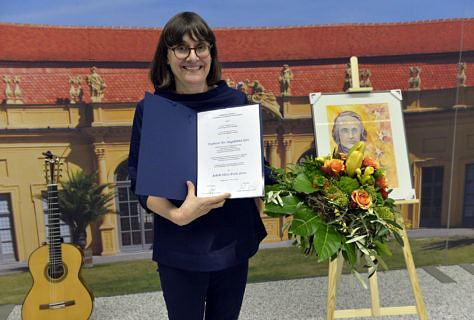